France is not looking to go down it seems. They have medals in the sight. France - Germany 3-0. 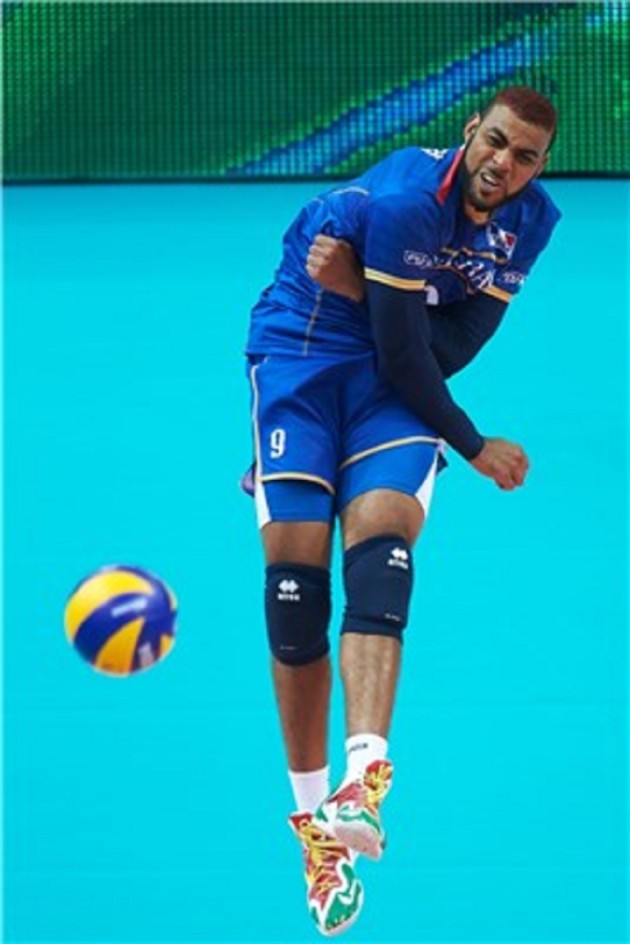 25-22 – Huge mistakes made by Germans led them to defeat. On the other hand, Ngapeth was just amazing.

22-20 – Block by Kampa! Germany is trying everything to comeback, they are fired up right now.

19-15 – Both Kaliberda and Grozer are having a bad game. In situation like that, what can Germany even do?

16-13 – France is making a push again. Bit by bit they are looking to close this game out. Much easiser than anyone thought.

10-9 – Technical time-out did wonders for Germany as they have returned all the way from 7-2.

4-1 – Heynen asked for a time-out, Germany playing without any confidence right now. That late set loss really destroyed them. 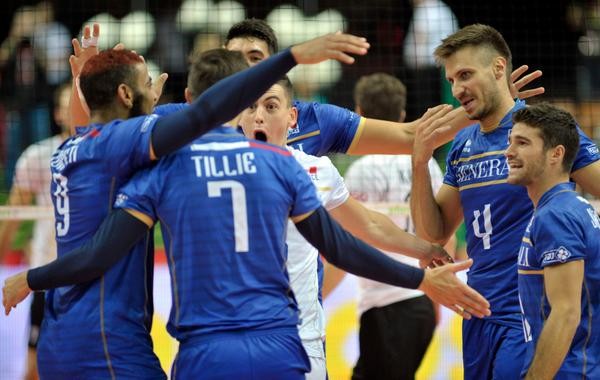 26-24 – Grozer made huge mistake and sent his team on to break with two sets behind.

24-24 – It’s never over when you play against Germany, what an amazing sequence for Germans.

23-21 – France managed to steal one defence and guess who scored on the counter attack? Yes, it was Ngapeth.

21-21 – Grozer puts a hammer down for the equaliser. Who will run off with the second set, it’s something of a do or die for Germany now.

16-15 – Every time when France seem to be in any kind of trouble, Toniutti finds Ngapeth and problems are gone. What a player Earvin Ngapeth, what a player.

14-15 – It’s much more even battle in the second set, Germany found their game and are coming back into the game with force. Heynen’s boys are now in the lead.

8-5 – France continues to maul down Germany playing almost perfect so far. They rate of scoring when in counter attack is freakishly high. 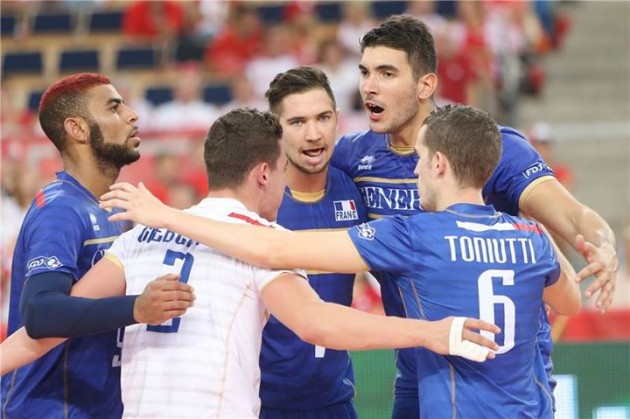 With 10 points the best scorer of the tournament so far – Antonin Rouzier is dominating the game, playing with such a high confidence.

25-15 – Captain Schops put the set ball out of the field which closed this first set in Katowice. France looks scary.

23-15 – France is just flying all over the pitch picking Germany apart.

16-12 – Heynen swaped liberos during the set and Steuerwald did energized Germans for a short period as after 13-11, France extended their lead again.

8-4 – Germany is struggling to find a rhythm this early into the game. French defence is working perfectly at the moment.

5-3 – Ngapeth, with two amazing services made coach Heynen to reach for a time-out. 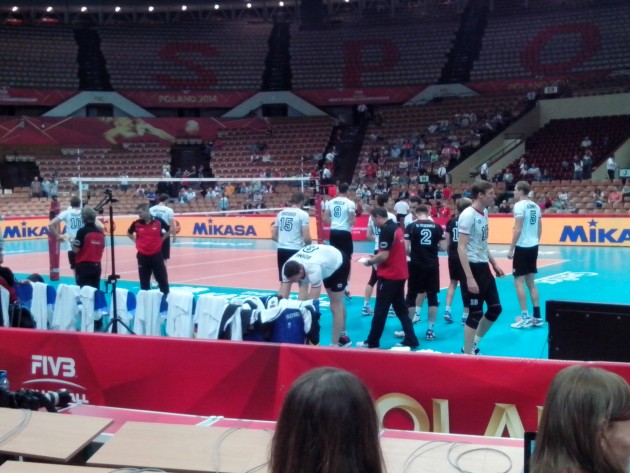 I’m rooting for France!!! They will take the title!!!

CC: Derbies in Germany and Poland