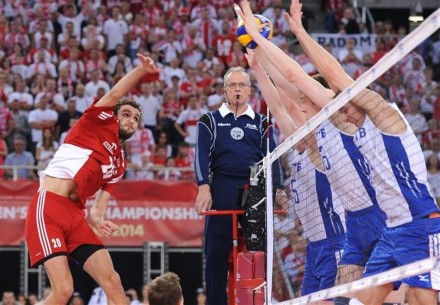 Previously, the Russians shared the top spot with Italy, but with their better results from the competition in Poland they edged the southern European side by 4 points to become the sole leader in the rankings, pushing the Italians into second place.

The top three is still completed by the 2011 European champion Serbia, while the recently crowned new world champion Poland has moved up into fourth position, pushing Bulgaria down to fifth.

The composition of the top ten, including also Germany, France, Finland, Belgium and Slovakia, has remained unchanged with the only other movement within being the switch of places between the last two.

The highest upward jump in the rankings has been made by FYR of Macedonia from the 29th up nine positions to the 20th place.  At the same time, Croatia suffered the biggest drop – five spots down from the 18th to the 23rd place.

Following a decision of the CEV Board of Administration and subsequent approval from EOC, the CEV European Ranking will be instrumental in allocating the available spots in the volleyball tournament at the inaugural European Games next summer in Azerbaijan.

TUR: Schedules for Super League 2014/2015 in both categories