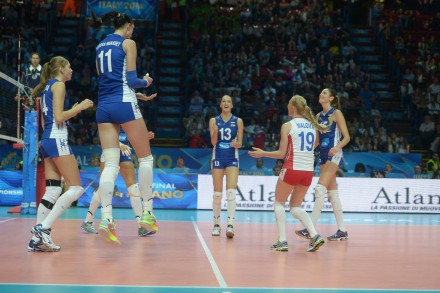 Though they could not retain the crown they had claimed in 2006 and 2010, 2013 European champions Russia still keep the top spot of the charts with 334 points followed by Serbia and Italy who share second place on 324.

Russia and Serbia will represent Europe at next year’s FIVB World Cup in Japan where the first tickets to the 2016 Rio Olympics will be at stake. The tie between Serbia and Italy is broken by Serbia’s performance at last year’s European Championship where the Balkan team ended up in fourth place whereas Italy had to be content with sixth place.

This ranking will be used also to determine some of the teams entering the Volleyball tournament of the inaugural European Games which are due to take place in Baku, Azerbaijan from June 12 to 28, 2015.

ITA M: Randazzo the best U23 player, Kovač the best coach of Series A1