WoV FANS CHOSE: This is the best team of World League 2015!

Dear fans, the poll for the best team of the World League 2015 has been recently finished! You had one week to choose the best seven players out of 40 and you did it! 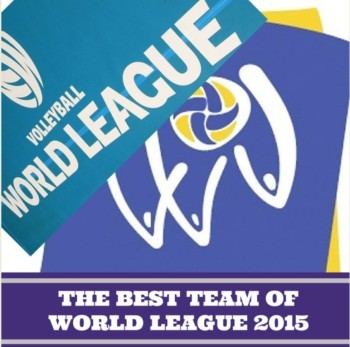 We just have to mention that this list of players was made before the start of the FIVB WL F6! So, it means, the list had been made on the basis of good performances during the World League INTERCONTINENTAL round!

Also, you were able to vote over the social networks (Facebook and Twitter) and by sending comments on our website. These votes were worth 3 (THREE) points.

We have to add as well that the Polish and Iranian fans were the most active during the past week, while French fans were late but they managed to increase number of votes, so we now have two Frenchmen on the list!

Here is the best team of World League 2015 chosen by WoV Fans:

Thank you for voting and be ready to vote again, because we are preparing new poll – The best players of FIVB World Grand Prix! So, stay focused to create the best team in women’s competition.

Check out the best team of WL F6 chosen by FIVB!

TUR M: Another arrival in Sahinbey!

It was better if you put WOV dream team roaster and pics on this post .
Good idea was that .
tnx

In my opinion, this is a fantastic and real poll. I hope WoV continues this kind of communication with their users.