China moved two places up in the FIVB Senior World Ranking – Women after a phenomenal gold medal finish in the Rio 2016 Olympic Games, which also positioned them at the top of the ranking table. 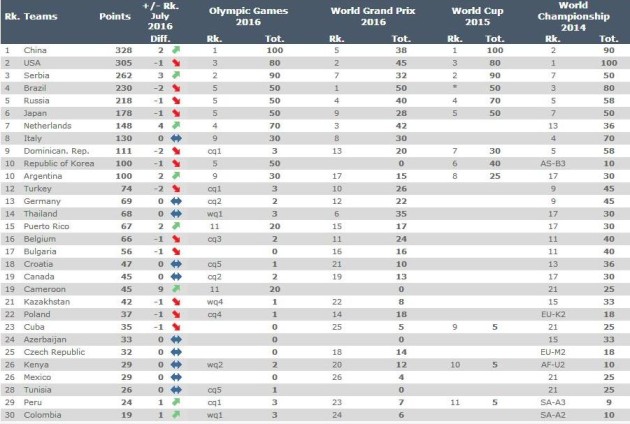 China’s remarkable run in Rio 2016 led to a lot of big jumps and changes in the ranking particularly in the top 20.

Olympic silver medallists Serbia moved three places up to become world No.3 – their highest ever position in the ranking. The Netherlands, on the other hand, had the biggest climb in the top 10 and jumped four places up to No.7 after their fourth place finish in Rio 2016.

Olympic bronze medallists the United States dropped from the top to the second spot, while Brazil dropped from No.2 to No.4. Russia and Japan also moved one place down in the ranking to occupy No.5 and No.6 positions, respectively.