WoV BLOG: Which volleyball rules would you change if you could?

Imagine the situation – you are in charge and the first thing you want to do is to change some volleyball rules. What would you do? 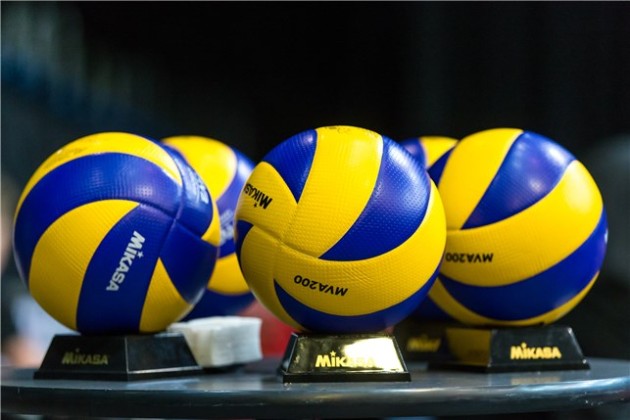 In case you don’t know, we had series of articles about volleyball rules. So, we decided to ask players what they would change if they were in charge. There were some very interesting answers. Most of them talked about net touch, some of them have clear suggestions for a game duration…

Also, we would like to hear from you WHICH VOLLEYBALL RULES YOU WOULD LIKE TO CHANGE OR ADD if you could. Send us below in comments. Let’s start:

“Well, I would seriously like it if they would return the rule where players are allowed to touch the down part of the net. I’ve seen too many stupid situations where there was called for a net touch because a piece of shirt touched it…And for me, that has nothing to do with volleyball,” says Robin de Kruijf, Dutch player who currently plays in Imoco Volley Conegliano.

“Three sets/ each per 30 mins; Two sets each per 45 mins; Each set has only one time-out; Every tied-game is 1,5 point; Every win is 3 points! I’d like to change as above. In order to explain the reason why I’d like to change the system is I think that the games are stopped unnecassarily because the redundant time-outs. If we consider to use all the time-outs, the game is stopped 6 times at total which is overmuch,” explains Gokhan Gokgoz, a player of Arkasspor!

“It would be tough because I don’t know if there are a lot of rules I would consider changing. But maybe I would consider calling the “throw tip” a little tighter as a lift. Players often throw the ball through the block now (holding the ball much longer than they would for a tip) instead of spiking it or tipping it over the block. So maybe that judgement call. But I think the rules are great in Volleyball at the moment,” says Micah Christenson, setter of U.S. national team and Lube Civitanova.

“This is a great question, actually. First thing would be a net touch. It’s o.k. that touching a top part of the net is not allowed but the rest should be allowed. The game is more and more dynamic, agressive and there is always more speed involved I think it would be better to be able to use the middle part and bottom part of the net in defensive and blocking plays like we did until this year. The second thing is screening rule, it needs to be updated. There are so many ways to inhibit the view for the receiving side and no one calls it. Plus, with the new volleyball nets with commercials on it, there is no visual. The whole purpose of rules is to make playing time better, higher quality and safer,” explains Mia Jerkov, Canakkale’s player.

“The rule that involves the “Change of Origin”. I think that Every Player should decide for his own future for the good and the love of volleyball and not an institution or anyone else,” tells Salvador Hidalgo,  a player of Jastrzebski Wegiel.

“I would say I would change the net rule back to what it was a few years ago. When the bottom of the net wasn’t an infraction unless it interfered with the play,” says Aaron Russell, a member of Sir Safety Conad Perugia.

“It’s obvious that there need to be rules but the rules are there to lead the game and not to make it slow. Volleyball is a dynamic sport and we want to keep it like that! So for that I would like to change the time out rule. Because now, in ‘worst case’ you’ve 6 time outs each set. Other rule I would like to change is the touching the net part. I agree that you can’t touch the top part, but the down part should be okay: as long as it is a smooth touch and not dangerously for others,” says Freya Aelbrecht, a player of Saugella Team Monza.

AND AGAIN! Angel Dennis with his powerful jump and spike (VIDEO)

RUS W: Goncharova – “We know what people expect from us in CL”

I would like to see libero spiking. That’s my biggest wish.

I would definitely change the net touch rule and change the challenge system to just ask the second referee like before.

Back in 2009 I asked my volleyball coach if it was possible to block a block. Instead of waiting for the ball after the ball was blocked itll be nice to just block it again hahaha, so id change that. Blocking a block. Somebody should try it and see if it would work 🙂

Net touch should stay as it is, no touching any part of the net at all, this way players needs to be smarts while trying to block instead of just throwing themselves at the net like it used to be.

No more overhand receive during serve. It looks ugly and the ‘first contact rule’ defies and contradicts the other rules of the game.

GP: Brazil – back on route

WoV CHOOSES: The most exciting matches in...