It's time to present the setters that are main contenders for entering the women's WoV Dream Team for the season 2017/2018. 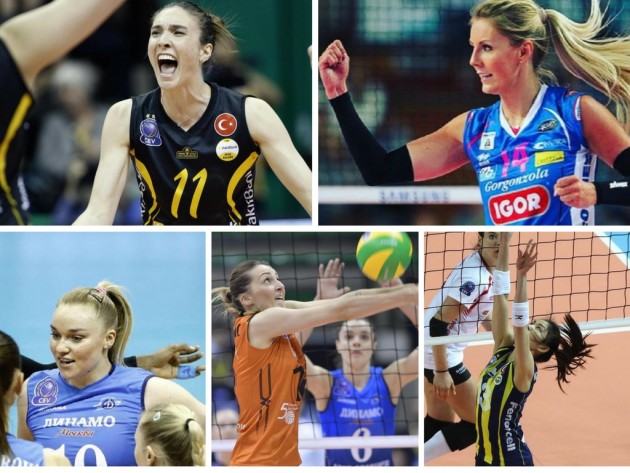 Ekaterina Pankova, Nootsara Tomkom, Maja Ognjenovic, Laura Dijkema and Naz Aydemir Akyol are the setters that are in the spotlight these days.

As usual, we are presenting the setters first.

Ekaterina Pankova (Dinamo Moscow) – The Russian setter was one of the key members of Dinamo Moscow on their way to success. She had a great season in a jersey of this team, winning the Russian championship and silve in the CEV Champions Legue.

Nootsara Tomkom (Fenerbahce) – The Thai volleyball star has spent another season abroad, winning one of the major trophies for her team – Turkish championship title and Turkish national Cup. She had a big role in this success and all we can say that Nootsara is ready for another challenge in her career, either in Fenerbahce or in any of the top European teams.

Laura Dijkema (Igor Gorgonzola Novara) – Since the Italian Serie A1 is one of the best volleyball leagues in the world, it’s not easy to win a trophy among all these quality teams. Igor Gorgonzola Novara had an experienced setter, who helped them win the Scudetto. In the finals, Liu Jo Modena had 2-0 lead in series, but Novara somehow managed to make a huge turnaround and to win the trophy. The Dutch setter was the creator of all actions that led them to this big success.

Maja Ognjenovic (Eczacibasi) – The Serbian setter led Eczacibasi to the Final Four of the CEV Champions League, where they won a bronze medal. Maja Ognjenovic had an important role, but they needed to be a little more lucky to win gold medal. Despite finishing the season without a trophy, Eczacibasi has decided to keep her for the next season, announcing that they are very satisfied with her performances in a previous season.

USA M: Murphy Troy finishes career at the age of 27

By Mark Lebedew: Watch your tone!!!