Fayazi: Playing with the best players is good for my energy 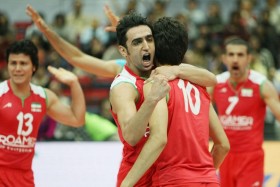 In the past, Fayazi would only watch the biggest volleyball stars on television but his overwhelming presence in their victories against Poland, Argentina and Miljkovic’s team, Serbia, even exceeded his expectations as a player.

Although he was not part of the Iranian team that won the Asian Championship, he got his biggest break when Julio Velasco invited him to play for the senior team in the FIVB World Cup.

His playing wisdom complements his energy on the court – with a fitting mentality that Velasco desires to have with his new team. The young player is truly deserving of a spot in the starting six.

Fayazi’s World Cup experience playing with the best players may have just begun but he will exploit it to intensify his good energy.