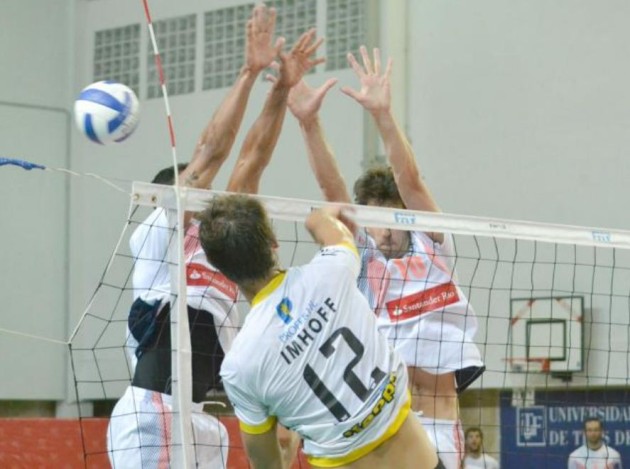 It was a good start for both teams, in which the attackers were the main protagonists. After the first technical time-out, Olimpo escaped 16-12. But the excellent work of Andres Ferreyra helped his team’s comeback (19-19). After that Olimpo scored four points and Untref only one (23-20), which led to 25-22 after a new attack.

Diego Scroca tried with changes but Olimpo did everything right and was ahead 8-3, soon after that it was (14-7). From then Fabian Muraco‘s team gained 6 point advantage on the second time-out (16-10). Olimpo kept their lead and won 25:22.