In the first match of the second date of the Men South American Olympic Qualifier tournament Venezuela got an easy victory over Chile 3-0 (25-22, 25-21, 25-20). Iván Márquez was the top scorer with 16 points while Matías Tobar, Matías Parraguirre and Dusan Bonacic, from Chile scored 10 each. Chile was eliminated on the fight for the qualification while Venezuela nearly sure needs to overcome tomorrow in the last day, the host team of Argentina to get the ticket for London 2012. Argentina v Colombia will play still today on the second match of the date and a lot depends on that result. 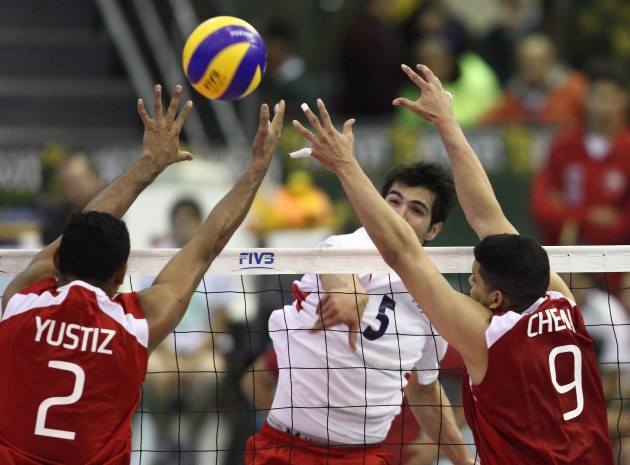 With Máximo Montoya as best player, Venezuela got an early lead to reach the first TTO 8-7. Marques hurt from there on with his serves but Chile with Dusan Bonacic kept fighting very near to reach the second TTO 16-15. The team coached by the Argentine Daniel Nejamkin maintained the fight till the decisive points when Venezuela showed its utmost to close with a spike of Márquez.

Very similar started the second set with Venezuela leading on the first TTO. Chile could not use their chances and Venezuela playing a better match took a wider advantage by the second TTO 16-13. A mistake of Tobar and good performance of Márquez gave Venezuela a 2-0 advantage.

For third time in the match Venezuela lead on both TTO, also as on the second 8-7 and 16-13 to close very quickly the third set and wait for the result of Argentina v Colombia being nearly sure that the only ticket for a team in tthis competition will be decided on the second match of the last day, tomorrow when Venezuela faces Argentina after Chile plays v Colombia.