Historic comeback in Superclásico and trophy for Bolivar!

What a final of Copa ACLAV! 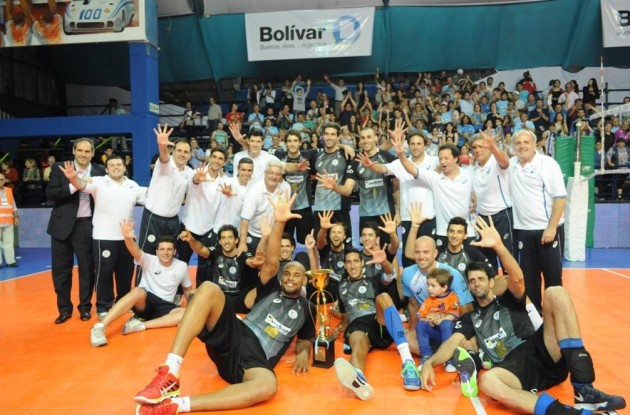 UPCN was much better in the opening set and most deservedly seized the starting lead, but it was the second set which gave a significant psychological advantage to the reigning champion. Personal Bolivar failed to convert four set balls and UPCN punished that. Filardi’s spike ended the set at 29-27 and doubled the overall lead of his team.

But… Squad of Javier Weber was obviously ready for this situation and it started reducing the deficit bit by bit. After the spike of Yadier Sanchez, Personal Bolivar finally won the set at 25-23, and the same score was repeated in the fourth set, when Junior and Raphael took the final two points of their team and led this final into a tie-break.