The coach of the Argentine National Seniors' Men Team that qualified for the London Olympic Games 2012 gave the roster of 13 players, of which 12 will definitive know that they travel to London next week. Great expectation goes on now knowing that four of the five wing spikers will have their places secured. 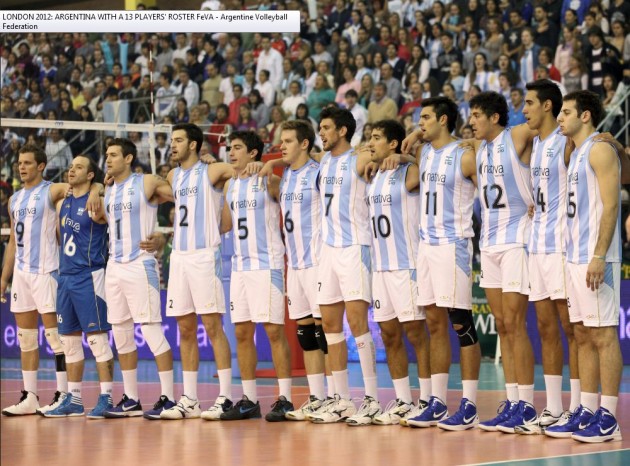 After the FIVB World League of the last two weekend that helped the coaching team evaluate the substitute players, Weber gave the following roster:

“The recovery of Lucas Ocampo surgery of his knee deserves to wait one more week as he did not have any chances of showing his level at the matches just played. We will take some days to decide the final roster and start working with that team” mentioned Weber.

The light blue – white team will work this week until Saturday and will welcome the Media this Thursday after training from 15.00 to 17.00.

Among this roster are six players that participated of the last Argentine League that ended last May and they are; Uriarte, Solé, Crer, Arroyo, Bruno, Ocampo.

With 12 of these players Argentina will return to the Olympic Games after being absent in the year 2008. It will be its 6th participation with the best standing winning a Bronze Medal with the 82 Generation in Seul 1988 v Brazil. In Sydney 2000 the team arrived to the best sport competition of the World to semi-finals playing against Italy finishing in the 4th place.