ARG: 3rd meeting by Region of the SNA in Mendoza 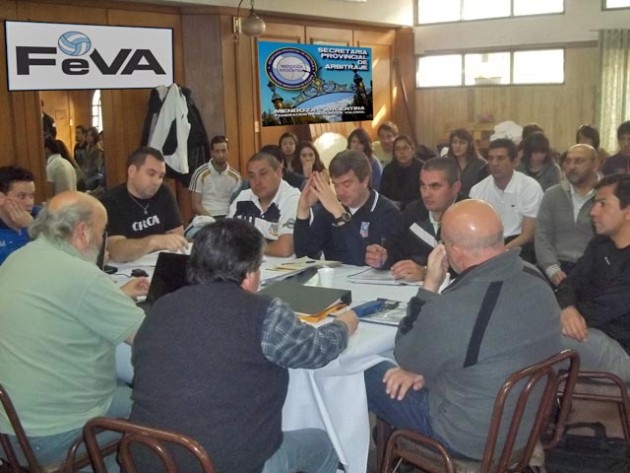 The meeting started with exclusive SNA work carrying out the programmed issues. The workshop was opened with the presence and welcoming words of the former international referee and today’s Mendoza Volleyball Federation president, Enrique Castillo sharing the main table.

Among others, were discussed the possible changes of the SNA Ruling, the presence of the SNA Secretary in the new challenge to be fulfilled with ACLAV (National League Association), naming international referees for different competitions and the Reports of the referees that already participated during this year of different tournaments, details of the National Referee candidates in La Pampa and the one that will take place for International Referees for Mar del Plata.

At noon, all shared in a relax mood lunch with an important number of local referees to make about 40 people with the goal of calling on all to take some time to talk with the authorities outside an official match.

The workshop by regions, with the Cuyo referees, started once the SNA meeting finished and the new National Secretary explained where the SNA heads now to make it more participative and federative, including the whole country. The referees had the chance to make questions and give their ideas for the future. The same Cuyo referees had the chance to participate of the SNA meeting and very early they were present at Gremio de Judiciales de Mendoza, where the event took place.

The important workshop finished with gifts from the Mendoza Referees that had the great opportunity of organizing such important event.

ITA M: De Lellis – We have 8 weeks to prepare as best we can