On the Juniors' Men South American Championship that is taking place in the High Performance Development Centre in Saquarema, Argentina defeated Venezuela 3-0 looking forward for a berth at the 2013 World Championship. They will play Brazil or Chile in the semi-final. Gonzalo Quiroga was the best in Fabian Muraco's team. 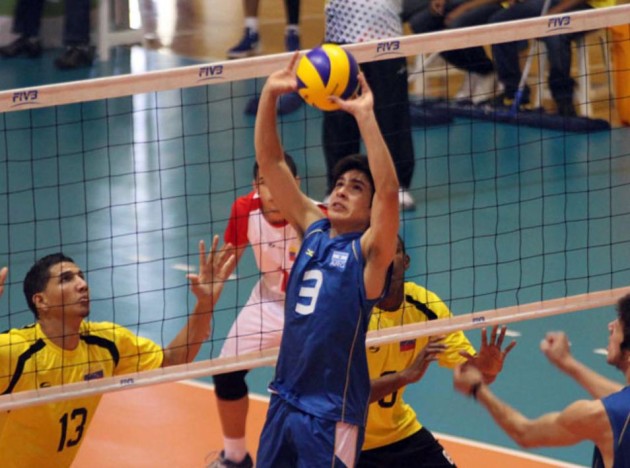 Gonzalo Quiroga was the top scorer with 16 points. This Friday, at 13.30 Argentine time, the light blue – white team will play one of the semi-finals against the host team of Brazil or Chile.

After winning very easy the first set, Venezuela found its momentum to give fight to the team coached by Fabian Muraco. Both teams already had qualified on Wednesday with two victories each for semi-finals and now were looking for the top of the Pool.

Three of the four teams qualified for semi-finals, the ones stepping onto the Podium and for the first time in history will gain one of the three berths given to South American teams on this championship for the World Competition to be held next year.