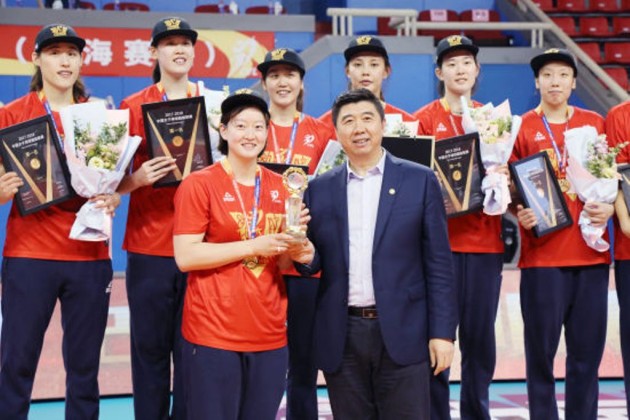 After amazing seven rounds and five sets in the last match, Tianjin defeated Shanghai with 4-3 in series and won their 11th title of the Chinese women’s volleyball league.

Yingying Li was the best player of the match who scored 43 points! Xiaotong Liu added 20, Yuanyuan Wang 14 and Yang Yi 12 points for the winners.

At the end of the competition, Yingying Li officially became the top scorer of the league with 804 points while Kim Yeon-Koung is the second-ranked with 573 points.

CEV Cup W: Eczacibasi one step closer to the trophy

Oh my… Yingying Li is only 18 yo… promising

Amazing! Saw a photo in a Proboards (forum site) of her and an official of Fenerbache. Do not know if it is authentic. Is Fenerbache offering her a contract? Fenerbache will be a formidable force with her and KYK (the Fenerbache official had a talk with Kim as reported).