After circulating rumors in public that Rabita Baku will disband, and that after the change in coaching staff the players will leave the club, President of Rabita Jalil Jafarov, decided to issue a statement and confute the rumors. 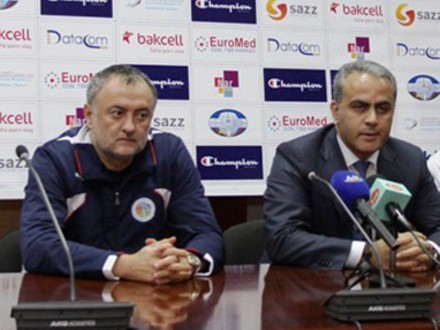 “I am very sorry to disappoint some parts of the general public but after the change of coaching staff Rabita Baku is consolidated. The club will leave only the setter Francesca Feretti, after the mutual consent for contract cancellation. Although we had some difficulties during course of the season, and now after the change of coachin staff new goals have been set and we will pursue the title both in CEV Cup – were we continue internation competition afer the elimination from CEV DenizBank Champions league, and Azerbaijan national championship.”