Sollys Osasco defeated Unilever in a five set game that lastet for 3 hours, 3:2. Osasco needed a three point win to take the lead in the standings. With this result, Unilever stays first, Osasco second. Unilever will face Rio do Sul, Sollys plays against Usiminas Minas. 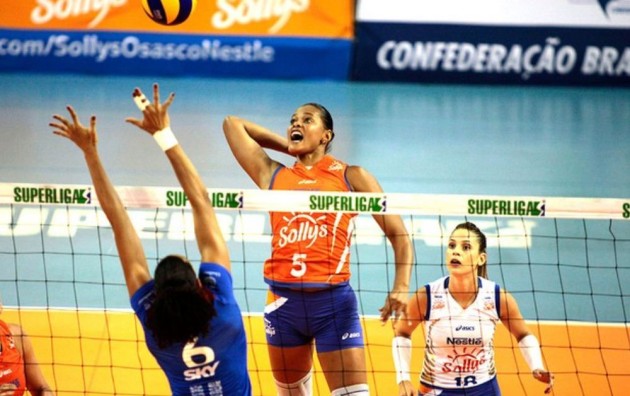 Unilever will face Rio do Sul in the first round of the playoffs, Sollys will play against Usiminas Minas.

“It was too good to be true those 2 sets to 0. But we knew we would have moments of difficulty, as we had. There is grief for losing the lead. When we reached the fifth set, Luizomar said: “No matter what happens, we will win this game.” So we lost the lead, but we are very happy with this victory” Jaqueline analyzed.

The game was also marked by arguments. Bernardinho and Luizomar de Moura began arguing in the tie-break. The crowd got into the spirit and made the classic derby even more nervous.

“At the beginning of the fifth set, I took Fofão from the game. He (Luizomar) was on the other side with a regrettable attitude, and started asking about it. I took her out because she was tired and I needed to give rhythm to Roberta in these games. I think he let himself be influenced by the hot atmosphere here” Bernardinho said.

“It is the game. There is a great rivalry, both teams wanting to win. Each coach defended his side, I still respect Bernardo, life that follows. We have to think of the quarterfinals” Luizomar de Moura said.