BRA W: Arlene reinforced Minas at the age of 43

After leaving the Praia Clube, the libero Arlene already has a new destination for the next season in Superliga. At the age of 43, the former Brazilian national team player is officially registered at Minas Tênis Clube. 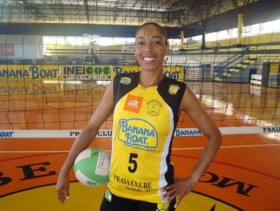 Initially, the player was training with the team to keep fit while defining her future. Due to lack of options in the market and need to strengthen the squad with a player who has experience, Minas and Arlene reached an agreement for one season.

Officially, the club has not confirmed the hiring, but it has signed the name Arlene de Queiroz Xavier among the athletes registered for the Superliga. In Minas, she will play with the jersey number 5.

See the WoV Community profiles of Arlene and Minas.

Resovia fans warming up for next season (PHOTO)

This is why you can pick William...