RJX had only 10 players in the last game of Brazilian Championship. 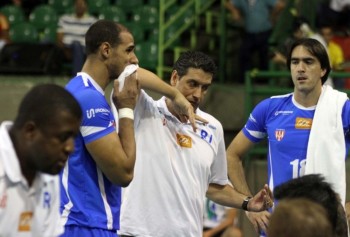 Club from Rio de Janeiro is passing through a tough period. Coach Marcelo Fronckowiak could count on only four subs in a game against Funvic, and had to put a middle blocker Rodrigao on a position of a receiver!

“We are counting on a good will of other clubs, because we need their approval to hire new players. Transfer deadline has passed, so they all need to agree that we can sign new players. But, we will not look for high level players, but some we can afford” said the coach.

RJX stayed without Mauricio Souza, Bruno Rezende and Thiago Sens, while Leandro Vissotto and Thiago Alves missed the last game, which suggests they are on the exit door as well.

“They did not play because they are injured, despite being public fact they are negotiating with foreign clubs” concluded Fronckowiak.

And just a year ago, RJX was a champion of Brazil…