Rapha, the setter of Vôlei Taubaté will be out for five weeks because of the injury. 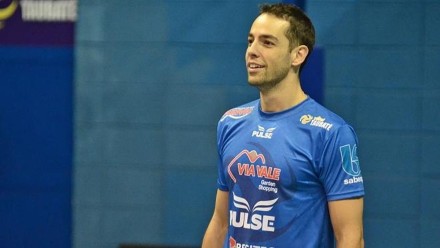 He went through tests with physiotherapist on Monday, which showed that the ligaments in his right ankle were stretched.

During the final match for Paulista title against Sesi, on Saturday, Rapha sprained his ankle and had to be carried of the court.

The injury occured in fourth set and It took a long time for Vôlei Taubaté to recover from the loss, but in the end, they won it in the tie-breaker for the first title in their history.

Pedro, 24, will be the substitute while Rapha recovers. He said he was ready for the challenge of replacing a player who has often been called by coach Rezende for the national team of Brazil.

KOR W: Fawcett caught in the net of Rourke’s Spiders