WoV BLOG: 5 reasons that make Brazilians so good at volleyball!

Have you ever thought why Brazilians are so good at volleyball? Could you name one reason now, without reading these reasons below? 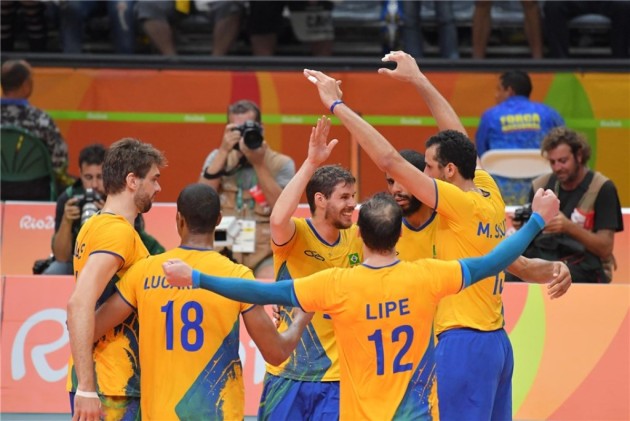 So, what is the key to success of this country?

We all know that football is like religion in Brazil. Volleyball comes as the second sport in terms of popularity. Out of this fact, we will get the first reason why is Brazilians so good at volleyball.

2. As the interest in volleyball is very high, there are many sponsorships deals and investments. Volleyball games are well attended as well.

3. Many talented young athletes choose volleyball as their main sport

4. Brazil as a country invests a lot of money in halls, training facilities, education which help these young players to develop their talent

Will Russia stay without the gold medal from London Olympics? Bruno asks – “And now what?”

BRA M: Spike of the week ALERT! Just how did you do this Leal? (VIDEO)

They are the best, the only team to hold the podium and finals in all tournaments for 15 years because they train with more quality and intensity then any other part of the Globe… Brazil don’t have big investments in Volleyball, don’t invest in halls…

Unfortunately volleyball in Brazil just like any other sport besides soccer does not get a lot of money support from sponsors at all.

Their biggest sponsor Baco do Brasil, just announced they will keep investing in volleyball, but they will invest R$$ 10 millions LESS every year from on now…which will affect and youth programs from sure.

And they don`t get any invests from arenas at all, Just look the arenas in Brazil too see how poor and the bad shape they are. And the arenas are really small. Some of them don`t even have 1.000 people capacity. ( or even 500).

To keep the sport going in Brazil is a hard fight every day.

But Volleyball is the 2 most popular sport in Brazil and a lot of people wants to play volleyball and they are very passionate about it.

And this makes the Brazilian Superliga be on a really high level.

And Bernardo has said before nobody trains more and harder than like they do in Brazil….they do train a lot.

Brazil could be the one of the 5 best teams of the world, like Russia, USA, Italy. The athletes are so good in this countries.
But to be the best, the number one, it needed excellent coaches. The diference is not the players.
Brazil have, actually, the 3 best coaches of the world: Bernardo, Marcelo Mendes and Guimarães.

hey, loved that you made a topic talking about brazilian volleyball tradition, but let me tell you something, here in brazil, is really hard to get a good sponsor because, honestly, people don’t really care about volleyball, only those who are REALLY interested! Sportv (which is one of the biggest sports channel in brazil), for example, has 3 channels (sportv, sportv 2 e sportv 3) and, even though there is a volleyball game or any other sports game, they prefer to transmit a football game, live games or just ‘replays’ IN ALL THREE CHANNELS! in almost every programme that has sport/esporte in its name, rarely talks about any other sport if isn’t football, and when it does, they only say about the NT. i hope in the future this situation changes and we can hear more about volleyball in general in brazil.