Giba gave another statement for Brazilian media regarding his trip to Switzerland to see McLaren's reports about doping in volleyball. 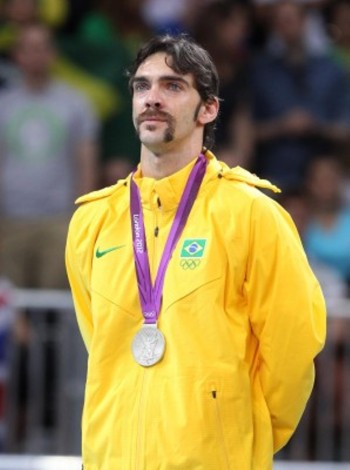 Brazilian superstar has recently stated that 7 players of the Russian Olympic volleyball team from 2012 were tested positive for doping. That caused harsh reactions from the Russian side as several famous volleyball players immediately reacted, saying that Giba just can’t live with that defeat in London.

Giba obviously heard them and he now tries to calm down the whole situation.

“Like I said, I am going to Switzerland to see what is going on. To see what were the statements made by Richard McLaren. Apparently, a thousand of Russian athletes were caught for using doping and some of them are volleyball players. Now, I do not know how many. Perhaps it’s 7, 10, 20… I will know precisely when I have those documents in my hands. Yes, I am also looking forward to see them, but people, calm down. Let us firstly see what’s in those McLaren’s reports,” said Giba for globoesporte.globo.com.

RUS M: Tetyukhin about Giba’s accusations – “Words of a coward!”

ITA M: What a precision, what a set! One and only – Luciano De Cecco! (VIDEO)