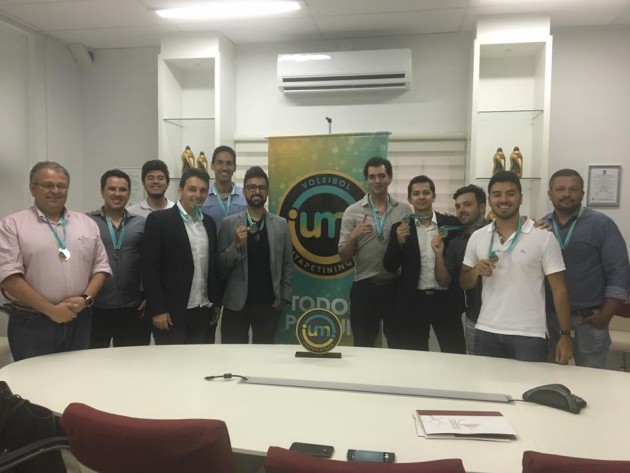 The 2017/18 season has not even started yet, but Brazilian volleyball already has a great novelty. It has just been presented in São Paulo State, the richest state of the country, the new team of Volleyball UM Itapetininga.

The first name which they hired to lead the new project is the opposite André Nascimento, Olympic champion with the Brazilian team in Athens 2004. Andre will play the Sao Paulo championship in August and then he will retire and take a directive role.

Other players will be announced after the end of the current season.

“We are waiting for the end of the Brazilian Super League to make the proposal to interested coach. After that, along with this new coach, we will assemble the team roster,” explained Rodrigo Moraes, manager of Volei Itapetininga.

With his experience of playing in the major centers of world volleyball, Moraes draws inspiration from the great teams from Brazil and abroad, to make Volleyball UM Itapetininga powerful. But, according to the leader, everything will be done in due time, taking one step at a time.

Through the volleyball team, Universal Chemical will expand to every corner of the globe its flagship, the UM, the world’s first SmartClean. It is an innovative product in the global market, capable of replacing 11 cleaning products at one time. As it is diluted in water, the saving in relation to traditional products reaches 160 times.

Volleyball Um Itapetininga will also have the support of Itapetininga City, Multinational companies as 3M and Hunter Douglas.

With partners so involved in the project, Moraes aims to transform the games of the new team into a great entertainment in the city.

“Our gym will have corporate staterooms, as we believe that volleyball has a lot to be explored in Brazil, we see a lot of it out, but here actions are still very timid. We aim to transform each game of Volleyball UM Itapetininga into a Great event. We will have shows, presentations and gastronomic plaza for our fans to enjoy before the match, “explains Moraes.

The first commitments of Volleyball UM Itapetininga will already be in the second fortnight of this year, with the disputes of the Sao Paulo Championship.