Vôlei Nestlé/Osasco made a major contract renewal and it was not with a player nor a coach. 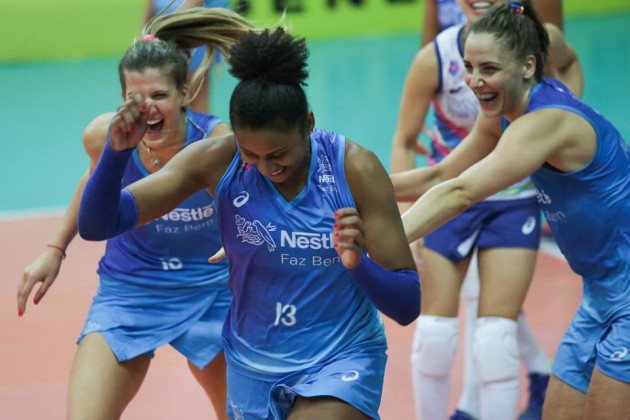 Brazilian Women’s Volleyball Championship (Superliga) giants Osasco will continue their collaboration with major sponsor “Nestlé“, which started in 2009, for another year.

The partnership between the Swiss nutrition, health and wellness company “Nestlé” and Osasco was more than a fruitful so far. The company came to the club in September 2009 when it announced the sponsorship along with their brand “Sollys”. In the next four years, Sollys/Nestlé team won several major trophies, for instance Superliga twice (2009/10 and 2011/12), the South American Club Championship four times (2009, 2010, 2011 and 2012) and the FIVB World Club Championship once (2012). In the next two seasons (2013/14 and 2014/15), “Nestlé” replaced brand “Sollys” with “Molico” in the name of the club. During this period, the team won Brazilian Cup and Top Volley International in Basel, Switzerland, both in 2014, as notable trophies. In 2015/16, the team adopted current name, Vôlei Nestlé.

Recall that, unlike Osasco, another Brazilian Women’s volleyball giants Rexona-Sesc remained without main sponsor that was also with the team for a long time.