According to Melhor do Vôlei, one of the best setters in the 2017/18 Brazilian men’s volleyball championship, Superliga, Raphael Oliveira „Rapha“ received a tempting offer for the next season but decided to pass it. 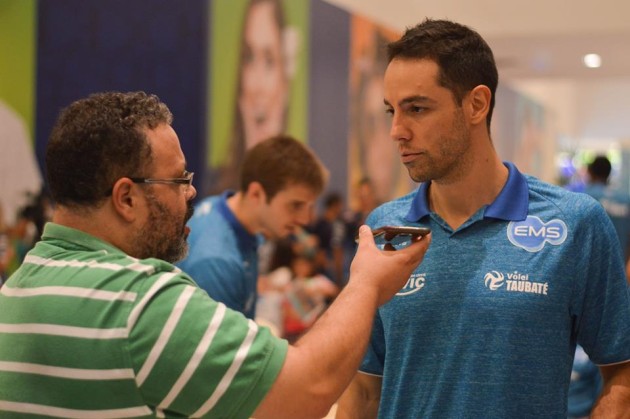 A 38-year-old Raphael Oliveira „Rapha“ received an offer from the Polish giants Asseco Resovia Rzeszów for the next season worth 320,000 euros, Melhor do Vôlei reported. Luckily for the fans of his current club, EMS Taubaté Funvic, the setter has refused it.

„It’s a great offer, of course, but I’m focusing all my energies on being able to finish Superliga well and go in search of dreams here with the team. I have no interest in leaving because I have been away from Brazil for a long time,“ Rapha said to the Brazilian portal.

The last time veteran setter competed in Europe was in the 2013/14 season when he wore the jersey of the Turkish side Halkbank. Prior to this, Rapha spent 9 more seasons in a row playing in the Old Continent: Zenit Kazan, Russia (2004-2006), Tonno Callipo Calabria Vibo Valentia, Italy (2006-2009), and Diatec Trentino, Italy (2009-2013). On an international level, he accomplished the most with Trentino as he won the CEV Champions League twice and FIVB Club World Championship four times.

CL W: Vizura with 3-0 victory said goodbye to the captain

at 38 years and having won all even the champions league and the scudetto, i dont think that he will leave for that quantity which is very high for a setter, they must look for another player, he just want to expend his last years of player in Brasil with his family thats all. Why not Hierrezuelo he is turning 31 this year and has no plans to renew his contract with Halkbank.