EUROVOLLEY 2019 M: France beat Italy for No.1 in Pool A, Turkey fall to Finland despite 40 points from Lagumdžija!

France National Team gave a real treat to its fans in Montpellier in the last round of Pool A at the 2019 CEV European Men’s Volleyball Championship. 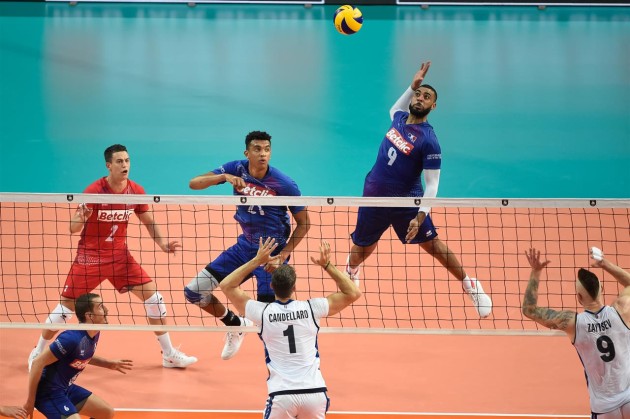 For the first time in the tournament, France’s major star Earvin Ngapeth played as a starter, fully recovering from the injury. And he was his team’s top scorer with 15 points (4 aces), leading a group of four French players with double digits. Nicolas Le Goff set up 5 out of 15 kill blocks of the home side. Barthélémy Chinenyeze made 71% attack (10/14). As for Italy, Ivan Zaytsev staged another brilliant display (21 points), while Davide Candellaro and Matteo Piano made 4 kill blocks apiece.

Aleksandar Atanasijević was Serbia’s most effective player with 18 points. Sam Deroo scored 13 for the “Red Dragons“. 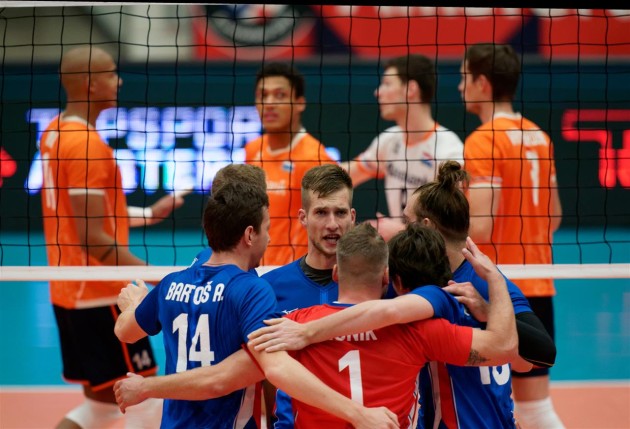 The Czech Republic recorded their second win and came very close to securing a berth for the eighth-finals. In a thrilling match in Amsterdam, they have beaten home side of the Netherlands in five sets, in Pool D.

Jan Hadrava from the winning team was the most prominent player in the match with 26 points. He served 4 aces, just like his teammate Donovan Džavoronok (24 points). Adam Zajíček made 4 kill blocks. Nimir Abdel-Aziz poured in 29 points for “Oranje“, including 7 aces and 4 kill blocks! Maarten Van Garderen served 4 aces.

To be sure that they will advance to the playoffs, the Czech Republic need to win at least two sets against Montenegro in the last round. As for the Dutch team, they lost the chance to claim the top spot in the pool.

By beating Turkey in the tie-break in Pool C (Ljubljana, Slovenia), Finland booked a ticket for the next round, sending North Macedonia home.

Believe it or not, but even 40 points from a prospect opposite hitter Adis Lagumdžija were not enough for Turkey to win the match! Yiğit Gülmezoğlu made 76% reception (25 digs, 32% excellent). As a consolation to Turkey, they will also play the eighth-finals. Tommi Siirilä put down 17 points /6% attack, 13/17)  for Finland.

EUROVOLLEY 2019 M: Russia top Pool C by beating Slovenia in front of 11,000 fans in Ljubljana, Germany through to 1/8 finals