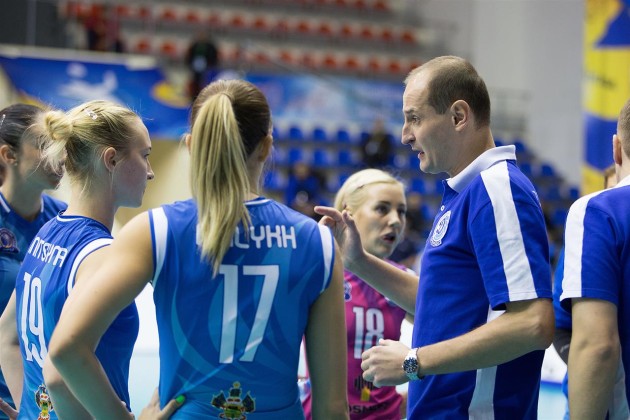 Dinamo head coach Konstantin Ushakov said: “Volero have one of the strongest teams in Europe and they recently further strengthened their roster. Obviously, their goal is to win this year’s CEV Volleyball Champions League. They have been close to making it to the Final Four for a number of years and they of course do not want to miss out on it once more. They are a very strong opponent, but we are not going to prepare in any special way, we just want to stay focussed and concentrated.”

Dinamo  and Volero already played each other at the Eltsin Cup earlier this year:

“They have world-class players from many different countries, such as Fabiola from Brazil, Mammadova from Azerbaijan, Rabadzhieva from Bulgaria. Ekaterina Orlova has played for the Russian national team lately and Foluke Akinradewo is one of the best middle blockers in the world. Their best weapon is the power they can rely on in attack.”

Ushakov added: “We will be trying to play our way and to stick with our game plan. If we do so, we can put on a fight. We have a very tight schedule and are playing match after match. On the other hand, this is Champions League – so the game will be somehow special. You do not know your opponent as good as you do in the national league and you do not know what to expect. My players are incredibly motivated and physically ready. We are a little bit tired because of the heavy programme in the national league but the Champions League is a motivation by itself. The adrenaline will raise and my players will fight through to the end.”

USA M: Max Holt Player of the Year in USA

ITA M: Maurice Torres top scorer of 14th round in Serie A1

EuroVolley 2019 pools for ladies have been...