Maritza PLOVDIV won the inaugural Super Cup of Bulgaria to shape up a historic golden treble on the domestic women’s volleyball scene. 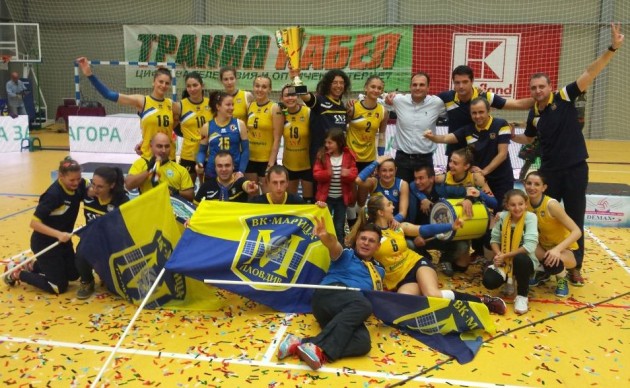 Having defeated Levski SOFIA twice – in the finals of the National Volleyball League and of the Kupa Bulgariya tournament – earlier this year, on Monday night the Yellows did it again to win their third major trophy in 2015.

Kremena Kamenova was the top scorer of the match with 20 points for Levski. Tanya Sabkova contributed 19 points to Maritza’s victory. Her teammate Viktoriya Grigorova impressed with seven kill blocks and four aces for a total of 18 points in the game.