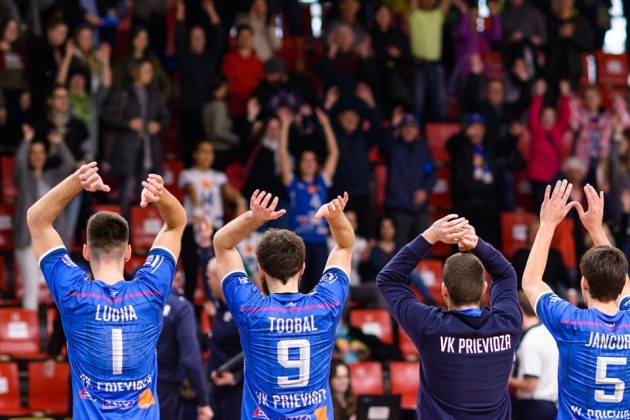 In the other semifinal, No.3 VK Mirad PU Prešov gained a 2-1 lead against No.2 VKP Bystrina SPU Nitra (3-2 win in Game 3), forcing defending champions to fight for survival in the series in the next game. Martin Sopko scored 26 points (4 kill blocks) for the winning side, while Ľuboš Macko added 6 kill blocks. Igor Rehák tallied 26 points (3 kill blocks) for Nitra. Peter Kašper made 4 kill blocks.