FRA M: Vladimir Nikolov made a commitment to Lyon

The Bulgarian receiver Vladimir Nikolov made a commitment to ASUL Lyon Volley. 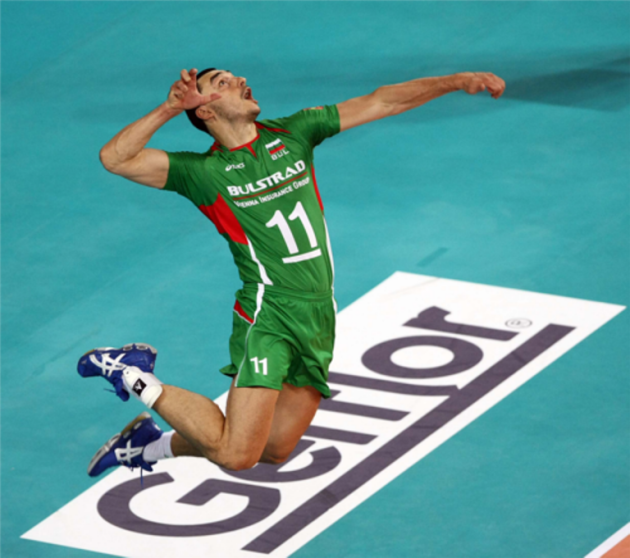 Vladimir Nikolov – back in France after seven years

He will be in Lyon with libero Teodor Salparov, with whom he played last season at Galatasaray Istanbul.

He begun his career at Levski Sofia, where he won five league titles and two Cups of Bulgaria in seven seasons.

After a brief period at Arkas Izmiz (Turkey) which lasted a season, he came to the Franch league in 2003 and brought joy to Tours for 3 seasons.

He won the title in France in his first season. In 2005 he reached the top. At his side together with Loïc de Kergret and Hubert Henno, he brought the first Champions League trophy in history for Tours and as a bonus he won the MVP title of the Final four.

In the same year he won a Cup and Super Cup of France France. He left Tours next season after registering a new Cup (2006) to his impressive record.

After a short episode in Japan at Toray Arrows, he decided to continue his career in Italy in 2007, where his trophy cabinet will continue to fill out.

First he won Italian championship in 2008 with the team of Trentino. Next season he signed for Cuneo (for 3 seasons) and played under the command of a Silvano Prandi during a season. With this team he won a CEV Cup, a second championship in Italy and the Italian Cup.

He will end his Italian experience in Piacenza, before departing for Turkey to Galatasaray Istanbul.

Vladimir Nikolov was also one of the key elements of the Bulgarian national team for many years. As Bulgarian captain on numerous occasions he collected three bronze medals (2006 World Championships, 2007 World Cup, 2000 European Championship) and performed in the last two Olympic Games (final at the Beijing Olympics in 2008 and semi-final at the London Olympics in 2012).

FRA W: Frederic Guerin will have his...