Samuele Tuia will join the France squad on Monday to try to secure his place in the national team for the EuroVolley. 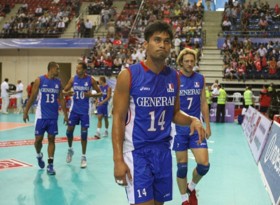 Although he has not been selected by the head coach Laurent Tillie to start preparing for the European Championship (20-29 September in Denmark and Poland), Samuele Tuia will find himself on the “blues” training on Monday in Cannes.

The future spiker of Belchatow (Poland) has been recalled after experiencing the two-week course of rehabilitation in Montpellier.

The squad of seventeen members will be reduced to fourteen on Thursday before leaving to Bulgaria, where France will play the first two of their six matches in preparations. After that, they will play a match against Canada and three against the Netherlands.

See the profile of the national team of France and Tuia.

Rezende may be a candidate for governor of Rio