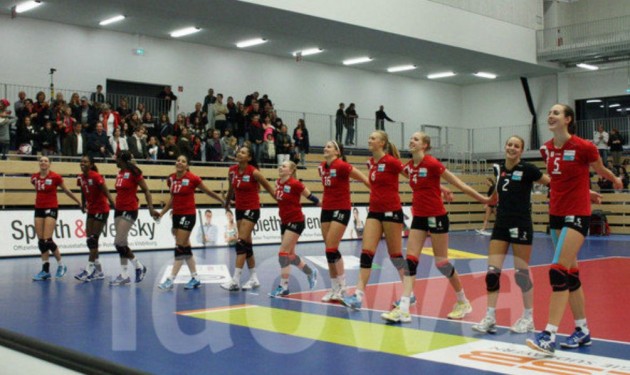 The sensation just missed: In January 2012, in the CEV Cup they lost to Dinamo Krasnodar in the in Golden set.

The Cup Final 2012: Rote Raben met Schweriner SC. But unfortunately it was a game without a happy ending. They had to be content with the silver medal.

The play-offs 2011/2012: They won against VC Wiesbaden, and lost to Schweriner SC in the semi-finals.

Rote Raben moves on: It’s a bombshell. The managing partner and founding father, Klaus-Peter Jung, from January 2013 is the new President of DVL.

New Records: Rote Raben is also in demand in the current season. With a total of 681 season tickets sold, the number from the previous year will be surpassed. At the end of 2012 the attendance record was set.

Those were turbulent 12 months. But the 2013 promises excitement, drama, and especially high-class volleyball. In the first home game of the 2013, Rote Raben will play against Wiesbaden.