The end of the 2017/18 season in German men’s club volleyball marked the end of a professional career of one of VFB Friedrichshafen players. 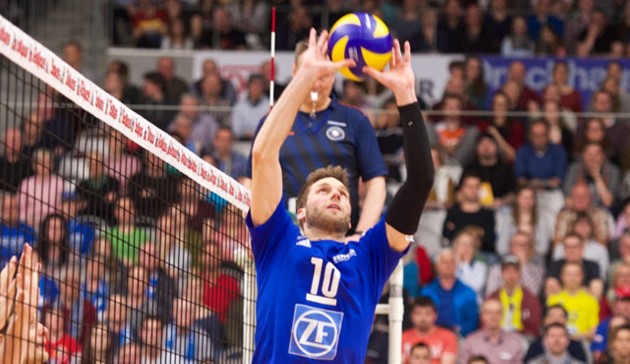 Simon Tischer said goodbye to professional volleyball at the post-season gathering of the players and the fans of VfB Friedrichshafen.

A 36-year-old setter has worn the jersey of the “Häfler” on two occasions (2004-2007, 2014-2018). During the time in the club, Tischer won CEV Champions League once, Bundesliga four times, national cup six times, and national Super cup two times.

Friedrichshafen decided to honor their captain by deciding to place his jersey number 10 under the roof of the club home ground ZF Arena.

Recall that Berlin Recycling Volleys, Friedrichshafen‘s biggest rivals in the country, remained without a captain for the same reason.

ARG M: Velasco receives offer from a club in Italy which he can’t refuse?