The terrific winning streak registered by Olympiacos PIRAEUS in this year’s national league was eventually stopped this past weekend by PAOK THESSALONIKI that scored a 3:0 victory to cement their third place in the standings. Read more volleyball news on worldofvolley.com. 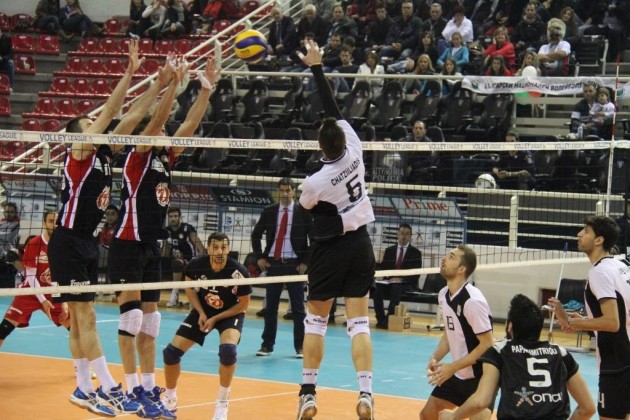 This was the very first time that PAOK beat Olympiacos in straight sets since 1998 (!), i.e. that last had happened even before the rally point system was introduced.

With completion of the regular season, the teams qualified for the Playoffs are known: Olympiacos (ranked first), Gas Pamvohaikos VRAHATI (second), PAOK and Ethnikos ALEXANDROPOULIS that ended up in third and fourth place respectively. Ethnikos did turn into the sensation of the year and with their fourth-place finish the club could qualify for the European Cups for the first time in 30 years.

The semis of the Playoffs are set to start this coming Friday, April, 5, with the format “best of five”. Olympiacos plays Ethnikos while in the other semifinal Pamvohaikos will cross their ways with PAOK.

To read more news from this competition click on Greece.