Greece’s Volleyball family mourns the sudden death of Giorgos Persianlis, the head coach of the women’s team of Aris THESSALONIKI, who last Sunday suffered a heart attack while attending the game with Elpis Ampelokipoi. 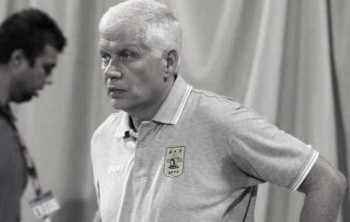 In spite of the doctors’ efforts, Persianlis eventually passed away shortly after suffering a second stroke.
The funeral service was celebrated on Monday, November 11, and attended by a large crowd including relatives, friends, players, referees and many more who wanted to show their affection to the 48-year old Persianlis.

BRA M: Mini vocation is over for Sada Cruzeiro