PAOK and Olympiacos will start the battle for the Greek title today in Thessaloniki, and the home team should have huge support from the stands. 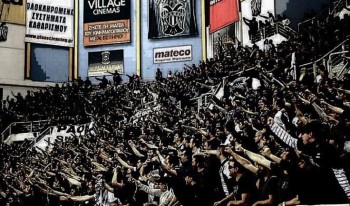 Fans of PAOK have already created a volleyball atmosphere which has never been seen in Greece before. In the Game 5 of the semi-final against Panathinaikos, black and whites had support from 8.000 fans, which was an absolute record in the country.

But, the record might be broken already this evening when PAOK hosts Olympiacos in Game 1 of the big finals. The club from Thessaloniki has invited its fans to come to the Hall, to rewrite history and to help their team take the lead in the final series.