The titleholders P.A.O.K. moved to the semifinals of the Greek men’s volleyball championship Volleyleague Pame Stoixima 17-18. 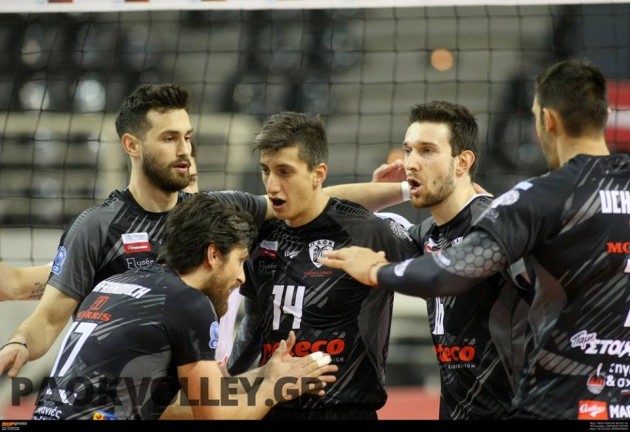 The top-seed Olympiacos S.F.P. will play Game 2 vs. No.8 G.A.S. Pamvochaikos (1-o in the series) on April 14 due to taking part in the rematch of the 2018 CEV Challenge Cup, which they lost to Bunge Ravenna.

CZE M: After No.1 České Budějovice, No.2 Liberec also kicked out – Kladno vs. Karlovarsko to play for title

FIN M: VaLePa lead by a 2-0 in finals, their setter Esko makes 8 kill blocks in Game 2!