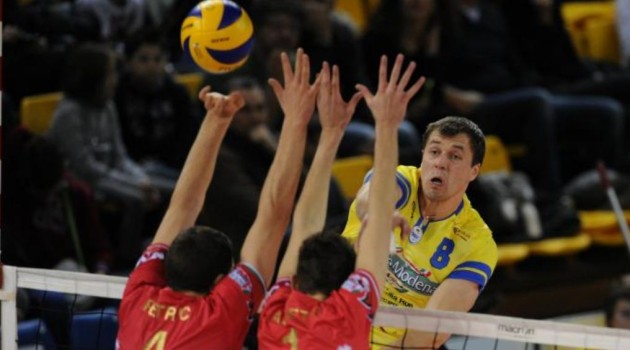 Modena had 23 missed serves, and it whould be a wake-up call. 8 in the first set, seven in the fourth. Perugia won thanks to little support from the block, bad day from Quesque in attack in the first set (38%) and Deroo in reception (received 4 aces, three in the fourth and one in the final set). In Perugia, Vujevic covered the field in reception and stinged from the service line, Giovi had good defense, they had good accuracy in the team attack: 60% only 2 errors, Petric 61% attack, one block.

Goran Vujevic was the best, 40 years old on February 27, gold medal winner in Sydney in 2000 with Yugoslavia. He was the thorn in the side of Modena. Lorenzetti‘s team was beating on him all night, but he was a machine (only 2 errors). Then he found four service aces, and had 55% of his 11 balls.