Cucine Lube Banca Marche Macerata won the last game of the regular season in Italian Serie A1, beating Tonno Callipo Vibo Valentia 3:1. Given the results of the other courts, Vibo slipped two positions down behind Latina and Castellana. 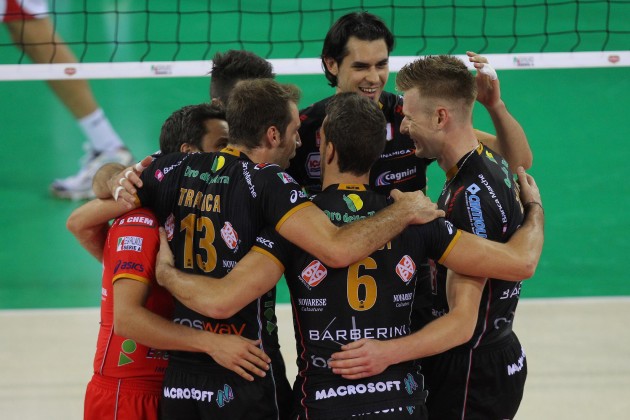 Gianlorenzo Blengini (Coach Tonno Callipo Vibo Valentia): “When Macerata serves like that, there’s very little you can do, not only because they get some aces but also because they often force us to play away from the net, making it hard to overcome their blocks. We really struggled in the second, while we did not take advantage of a couple of opportunities at the end of the third, we’ve made a little mess of it but they’ve also been good themselves to deny us. Credit to them for playing this “violent” game, we did well to try to come back in the end but that was not enough and we just have to focus on our playoffs now”.

Dragan Travica (Cucine Lube Banca Marche Macerata): “We did a great job of pushing on the serve from the second set on, while in the first we got very little out of it and they served well. The third set turned into a great battle, we did well to catch them up in the end and clinch it. In the fourth, they might have lost it psychologically while we played loose compared to the previous sets, we took a lead and hanged on to it very well”.