In an entertaining and intense game, Modena had the better of Monza just three days after being swept by the same team in the league. Captain Dennis was named MVP as he scored 35 points with 62% in attack. 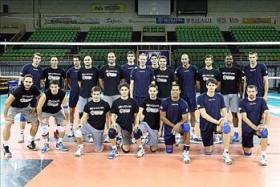 Angel Dennis (Casa Modena): “We have worked so hard for this game: It’s true that there was a bit of pressure because we knew we could not afford to get it wrong against such a good opponent. I am extremely happy with the performance of the team but there is still a long way to go now”.

Mauro Gavotto (Acqua Paradiso Monza Brianza): “If we had won the first set, the game would have been different. We did not manage to play as well as on Sunday, while Modena played very well with Dennis and Anderson standing out”.