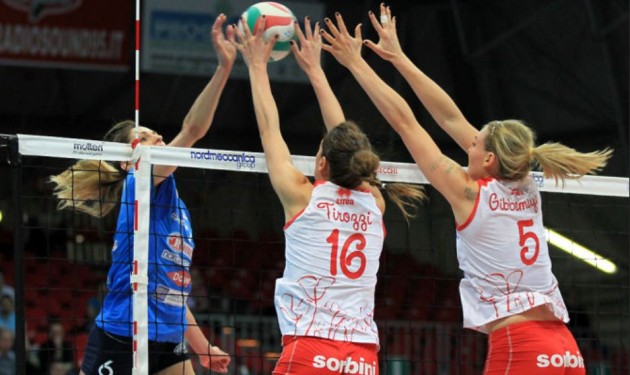 Rebecchi Nordmeccanica PIACENZA had to fight, but still had a reason to smile after the end, as it defeated PESARO in five sets.

After a great first set, PIACENZA lost the following two. After being down, Caprara‘s team showed its capabilites and easily won the fourth. Its attack increased further and they closed the tie break with six point difference 15:9.

Floortje Meijners was the MVP of the match with 25 points and a good 51% in the attack. Lucia Bosetti had 25 points and Martina Guiggi had 6 blocks in Gianni Caprara‘s team. Pair Gibbemeyer–Manzano had 33 points combined for PESARO.

Strong message of Volley Bergamo for 2018...