Lube Banca Marche MACERATA and Simone Parodi continued the cooperation until 2014/2015. Simone born in 1986, he is 195 cm tall and already spent the two seasons at Cucine Lube Banca Marche, where he arrived in 2011 from Cuneo. He, has already won one Scudetto and a Super Cup. 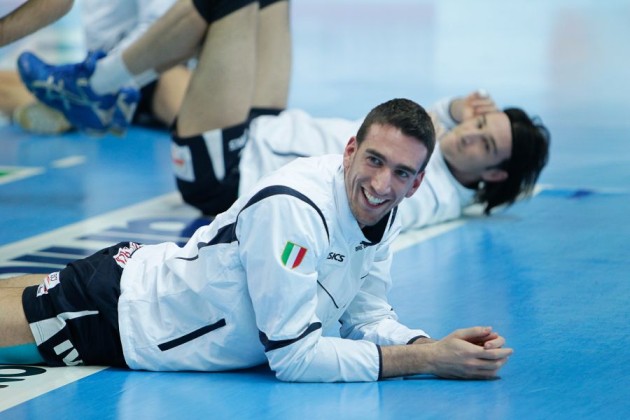 Last year, Lube Banca Macerata had four of the best Italian receivers in their team. Unfortunatelly, Jiry Kovar was injured for almost the whole season, and Ivan Zaytsev had to take the place like opposite.

After Cristian Savani‘s statement that he was looking for another team outside the Italian borders, the management of Lube has started to create a team for the 2013/2014 season. After Monopoli Natale, this is the second important name that will defend the red-white colours in the next two years, untill 2015.

“I’m very happy ”– said Simone Parodi, who is in this moment  with the National team of Italy in the World League – ”Because of this extensionmy relationship with the club is further strengthened. I feel Macerata like a second home, since in these two years I have already spent I’m settled very well in the city and made good relationship with the fans. There is also a nice project for the next two seasons, and I am proud to be a part of it. The team will be very competitive as always, the goal is still to get to the top in Serie A and in Europe. “

Simone Parodi was born in 1986, he is 195 cm tall and already spent the two seasons at Cucine Lube Banca Marche, where he arrived in 2011 from Cuneo. He has already won one Scudetto and a Super Cup Italy.