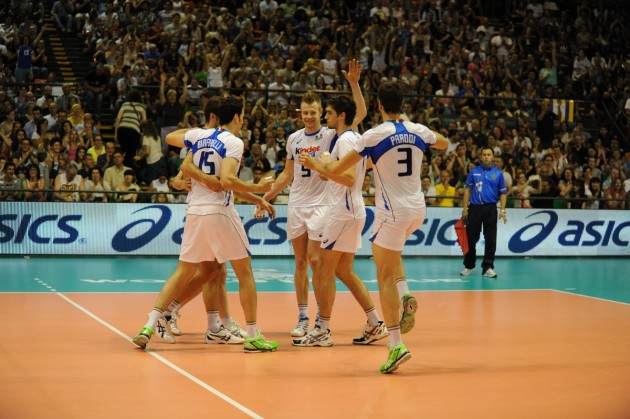 In spite of a quick Italian start, Cuba took the lead at the first technical time out 8-6, thanks to a successful 3 points break. Pushed forward from the crowd and the Zaytsev’ spikes, Italy came easily back at 16-13.

A great job in defense made the match very balanced, but when Fiel Rodriguez threw his service against the net, the stands pleased the Italian first set’s win 25-23.

The second set began as the first did, with the Berruto’s team able to compile four blocks in a row. Cuba shows some talented hits, especially from the 19 years old Bisset’s hands, but it demonstrates its rawness as well and Italy never lost the lead until the end. Just some Italian faults in service let Cuba narrow the point’s difference, but it wasn’t enough to stop the Italian wave: the Azzurri won even the second set 25-18.

Even if Italy showed a little mental loss during the third set, the team directed by Travica tookfull advantage to 11-8. After two sets light and dark, during the third Zaytsev began literally to shine: strong aces, efficient attacks, good defenses and rallies helped his team to lead 21-12. For the second time in few days, Italy seemed too good for Cuba and the game was easily shut out 25-19.

Ivan Zaytsev was the game’s top scorer with 14 points. Bisset was the most prolific for Cuba with 10 points.