Italy had a good test in the first friendly match before the European Championships and passed it with a 3-0 (25-21, 25-22, 28-26) win over Slovakia demonstrating a good condition less than two weeks before the event. 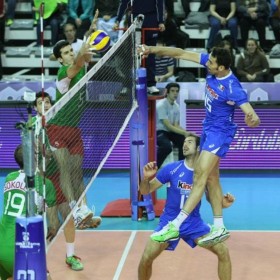 The “azzurri“ were effective in block (10-1) while Zaytsev (15 points) followed by Savani (9) and Parodi (8 points) had the good mood in the attack. Therefore, overall, a good performance came after a long period of preparation in which workloads were remarkable.

The match was well played by two teams that have not spared battling often point to point, but with Savani and companions more effective in the final stages of sets.

After winning the first two sets just in the final stages (Italy placed first thanks to the decisive two consecutive blocks by Birarelli and Parodi and then closing the 25-21 with an ace of Travica; in the second set Zaytsev led his team to 24-21), Italians began the third, with Kovar and Mazzone instead of Savani and Birarelli, which delivered excitement.

Watch the game on WoVVideo.

See the WoV Community profiles of Italy and Slovakia.