Belluno made it six in a row in the league by beating Cuneo, which it had already beaten in the cup quarter-finals a month ago. MVP: Fei. 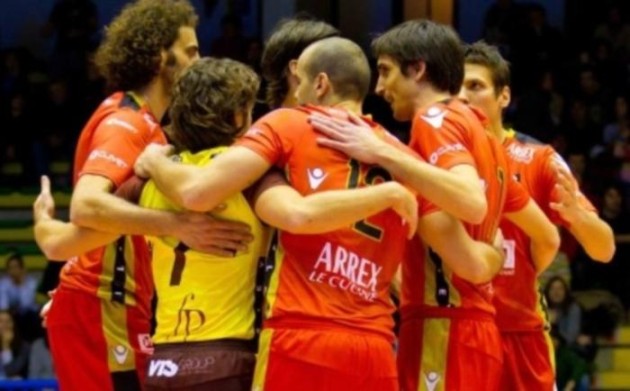 Roberto Piazza (coach Sisley Belluno): “Very satisfied with this win. Good performance: in the second set we made up for the mistakes made in the first. The team got better and better of late, the results have come and the boys are aware of their worth. When Fei plays as Fei can play, he does us a lot of good, but I don’t want to forget anyone: all the players have contributed. Now we have some very tough games ahead; Wednesday in Modena, where the fans become the 8th man on court. And after that Piacenza, Trento and Macerata”.

Camillo Placì (coach Bre Banca Lannutti Cuneo): “We played against a great Belluno team, they had an excellent game. They deserved to win, they are getting stronger and stronger. As for us, we’re still a work in progress. We struggled against a team that was better than us in attack and block. They stepped up in the second and we did not react. They are led by Fei who’s playing at a very high level. There wasn’t much positive from this game for us. We’re going home without any points and we made a step back in the quality of our game. Hopefully, we’ll show some pride in the next games”.

RUS M: Vladimir Alekno: One game – not an indicator