Vittorio Sacripanti resigned from the position of General Manager of M. Roma Volley. 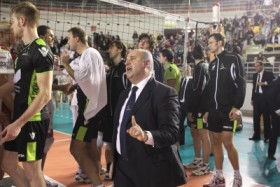 Vittorio Sacripanti resigned from the position of General Manager of M. Roma Volley.

According to his words, he made that decision because of many uncertainties concerning the future of the club of the capital.

The future is in the hands of Mezzaroma who is interested in investing in the volleyball.

The undersigned, Victor Sacripanti, announced that he decided to discontinue its collaboration with M. Roma Volley.

The bad results of the team in A1 league in the last two seasons, the care taken by different corporate ownership and  uncertainty about future prospects, show clearly how it is unsuccessful in its attempt to strike an appropriate balance between economic factors and sports results.

Finally, he thanked to the company for allowing his participation in the project during six years and to all employees who so patiently, with care and dedication, have supported him.