Cuneo led from start to finish and came back from Modena with a straight set victory. Modena was without Kooy and Yosifov, whose seasons are over. 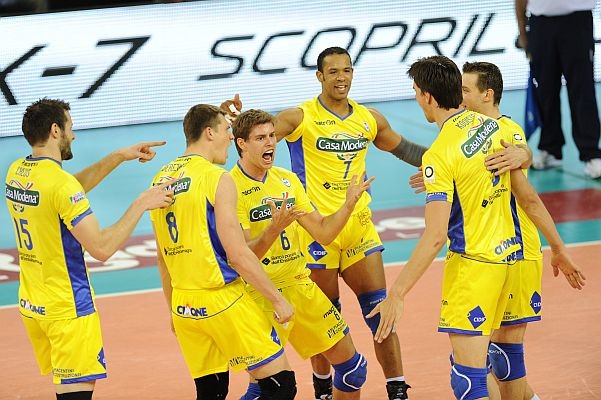 Daniele Bagnoli (coach Casa Modena): “We had a terrible week of training, we’re missing a lot of players and that’s what we got out of it. Having said that, we still have to do better than that, we have to understand each other. We might have played our worse game on the serve, which does not depend on the quality of the opponent. Hopefully, training will be better this week”.

Camillo Placì (coach Bre Banca Lannutti Cuneo): “Modena’s mistakes definitely helped us, but we did well too. I don’t think this game can be any reference for the coming playoffs. We are an experienced team with quality and now we’ll play the playoffs quarter-finals in which we can’t afford to get anything wrong”.