Trento ended the regular season with yet anohter satisfaction in its superb run to a top spot earned well before this last round. The latest victim was Latina, a team against which Trento had lost this season. MVP: Lanza. 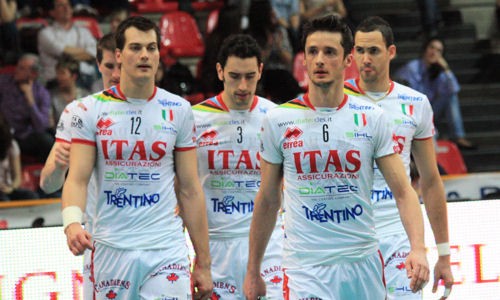 Filippo Lanza (Itas Diatec Trentino): “Another good game for us, not only in attack but also in block and dig, where we worked really hard. We wanted to take revenge on the defeat conceded in the first meeting and we made it. This was a dream of a week for me, in which I was called in the national team and was named MVP”.

Daniele Sottile (Andreoli Latina): “Trento is incredibly strong but we did not do much to disturb them. We did not have the right attitude. We knew we could not hope to have the same kind of game as in the first meeting but we could objectively have done better. Still, our regular season was very positive and today’s game will not change that”.