Sir Safety Perugia lost the derby of Serie A1 (Super Lega) against Cucine Lube Banca Marche Treia on Saturday, but it seems that the match is not over yet. 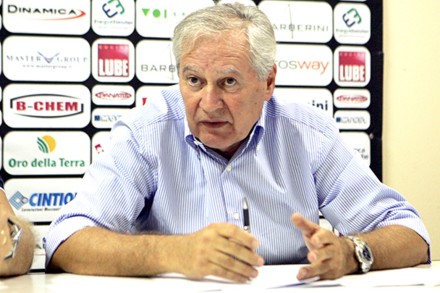 As Gian Luca Pasini from gazzetta.it published, the management of Perugia issued an statement on Sunday in which they declared to be hurt with the behavior of the President of the Italian championship, Albino Massaccesi.

„With this press release we intend to condemn what happened last night during the match, in the interval between the third and fourth set in which Mr Massaccesi, president of Super Lega, left the stands and decided to come directly behind the second referee, addressing at the same with the imperative, bossy and intimidating tone. All this happened in front of the cameras of Rai Sport and the managing director of Super Lega, Massimo Righi“, it was said in Perugia’s note signed by its President Gino Sirci.

„Today, with a cool head, I ask the Italian volleyball these questions: Why there was such a behavior towards the two referees who, moreover, had a good refereeing in a difficult match? What did Mr Massaccesi wanted to emphasize with this gesture?“, added Sirci, “I, as a president of a company as serious as the one I represent, say this: You cannot see such a behavior during a match, a behavior that disqualifies volleyball, makes it lose credit and makes it go back to the role of second-ranked sport, the sport of peasants. Behavior that tells this story: ‘I am the president of Super Lega, I do what I want and I do it in front of everyone!”

Sirci emphasized – „The behavior of Mr Massaccesi shows at the same time that he is not suitable to be the President of Super Lega and therefore, I expect his resignation from this position!“

We will just add that Albino Massaccesi has a dual role. He is, at the same time, Managing Director of Lube and President of Serie A1 (Super Lega).

NED W: 19 aces in one match? Utrecht made it possible!

And who are you going to put on his place? Maybe you Mr. Sirci, who became somebody in italian volleyball a few years ago by simply investing money in Perugia???

“I’m Italian and I will always play...