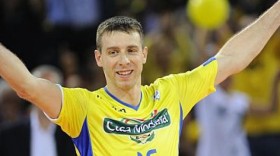 Cristian Casoli who won everything with Cuneo and Trevisto left Modena and joined New Mater Castellana Grotte. He will tip the scales for coach Gulinelli‘s team. He brings experience to the table.